A Simple Currency That Could Empower Billions of People?

I’ve recently been hearing a lot about a stable, borderless and frictionless digital currency under development to empower billions of people including the unbanked, under-banked and/or other potential beneficiaries of social programs.

It is being designed for greater confidence and much less volatility than Bitcoin and other cryptocurrencies. This will be accomplished by backing the new currency with a corresponding reserve of low-risk assets. Imagine an international, open-ended mutual fund made up of the government securities or similar trustworthy assets to secure the digital currency.

The entire economy is being built from the ground up on a new, open-source blockchain for greater accountability, transparency and availability for all. In other words, creating a trusted international economy of frictionless and reliable value exchanges anywhere in the world and at any level.

To assure sustainability, the new currency will be overseen by an independent, nonprofit governing body, which was formed to manage and evolve the democratization of this new economy and ecosystem.

Is the world ready for a universal digital currency?

Despite technological advances, 1.7 billion adults globally remain outside of the financial system with little or no access to banking, even though one billion have a mobile phone and nearly half a billion have internet access.

All over the world, people with less money pay more for simple banking services. Their money is eroded by fees, from remittances and wire costs to overdraft and ATM charges. Payday loans can charge annualized interest rates of 400% or more, and finance charges can be as high as $30 just to borrow $100.

CEO Lauren Woodman of NetHope said, “By empowering individuals with the tools that they need to save, buy and sell goods, and protect their precious resources, financial empowerment is critical to helping underserved communities build resilience and a more promising future.”

Could a simple digital currency empower billions of people?

Countless marginalized people could benefit greatly from a reliable digital currency and infrastructure that together can deliver on the promise of “the internet of money” and some believe, its name is Libra.

According to Libra, securing your financial assets on a mobile device should be simple and intuitive. Moving money around globally should be as easy, safe and cost-effective as sending a text message or sharing a photo, no matter where you live, what you do, or how much you earn.

The mission for Libra is a simple global currency and financial infrastructure that empowers billions of people.

Libra is made up of three parts that will work together to create a more inclusive financial system:

The Libra currency is built on the “Libra Blockchain.” Because it is intended to address a global audience, the software that implements the Libra Blockchain is open source. That is, designed so that anyone can build on it, and billions of people can depend on it for their financial needs.

The unit of currency is also called “Libra.” Libra will need to be accepted in many places and easy to access for those who want to use it. In other words, people need to have confidence that they can use Libra and that its value will remain relatively stable over time.

Unlike the majority of cryptocurrencies, Libra is fully backed by a reserve of real assets. A basket of bank deposits and short-term government securities will be held inthe Libra Reserve for every Libra that is created, building trust in its intrinsic value. The Libra Reserve will be administered with the objective of preserving the value of Libra over time.

Will Libra create greater confidence and less volatility than other cryptocurrencies?

The Libra Association is an independent, not-for-profit membership organization headquartered in Geneva, Switzerland. The association’s purpose is to coordinate and provide a framework for governance for the network and reserve and lead social impact grant-making in support of financial inclusion.

Members of the Libra Association will consist of geographically distributed and diverse businesses, nonprofit and multilateral organizations, and academic institutions. The initial group of organizations that will work together on finalizing the association’s charter and become “Founding Members” upon its completion are, by industry:

They hope to have approximately 100 members of the Libra Association in the first half of 2020.

Facebook teams played a key role in the creation of the Libra Association and the Libra Blockchain, working with the other Founding Members. While final decision-making authority rests with the association, Facebook held (holds) a leadership role. Facebook created Calibra, a regulated subsidiary, to ensure separation between social and financial data and to build and operate services on its behalf on top of the Libra network.

Once the Libra network launches, Facebook, and its affiliates, will have the same commitments, privileges, and financial obligations as any other Founding Member. As one member among many, Facebook’s role in governance of the association will be equal to that of its peers.

Does Facebook help or hurt Libra’s chance for success?

The Libra Association claims it will consult closely and regularly with sovereign governments, as well as with multilateral institutions, to support understanding of this new ecosystem. The Libra Association believes in preserving and strengthening the ability of governments to conduct monetary policy and is committed to working with regulatory authorities to achieve a safe, transparent, and consumer-friendly implementation of Libra products and services. The association will be governed and constrained by a reserve management approach that will ensure the safety and soundness of the ecosystem.

Consumers of financial services and products can be vulnerable. There is a commitment to strong consumer protection in the Libra ecosystem, and the Libra Association recognizes that regulators charged with consumer protection will be keen to engage with those building services to be offered in their jurisdictions. In the early development of the Libra network, its Founding Members are committed to working with authorities to shape a regulatory environment that encourages technological innovation while maintaining the highest standards of consumer protection.

The Libra Association is committed to compliance with global privacy regulation and to working with regulators and policymakers to shape a regulatory environment that promotes privacy and blockchain technology. Individuals or organizations will operate on the Libra Blockchain through user accounts, which are dissociated from their real-world identity. Authentication occurs through public keys used on the network, which does not give any information regarding the user’s personal data. Only data relevant to each transaction, such as the public address of the sender and receiver, the timestamp, and the transaction amount, are recorded and publicly visible.

As with any currency or financial infrastructure, bad actors will try to exploit the Libra network. While the network is open and accessible to everyone with internet access, the network’s main endpoints, in the form of exchanges and wallets, will need to follow applicable laws and regulations and collaborate with law enforcement. In addition, transactions on the Libra Blockchain will be in clear text, like many other blockchains, so it is possible for third parties to do analysis to detect and penalize fraud.

In conclusion, Libra has encountered some resistance from governments, regulators and other monetary overseers. Some see it as too complicated while others question Libra’s ability to do deliver on what they say they will do. In any case, Libra is a BIG IDEA worth understanding. What say you?

Is Libra a promising nonprofit digital currency or pipe dream?

For thought leadership on nonprofit Best Practices, measurement and how to achieve operational excellence, please visit The Global Center for Nonprofit Excellence® where Nonprofits, Funders and Recognized Experts work together for the greatest impact. We make nonprofits better. We can help yours.

Disclaimer: The source of the content in this article is primarily from the Libra Foundation website and collateral resources.  The only official Libra site is libra.org. No Libra Coins have been issued and the Libra Association is not currently involved in any offering of Libra Coins. The Center, LLC makes no representation about its accuracy. Independent research is recommended. 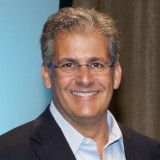 Marc is Co-Founder and Principal Advisor of The Global Center for Nonprofit Excellence. For the previous 12 years, Marc served full-time as executive and practitioner in three significant yet very different Nonprofits overseeing extensive domestic and international operations.

© 2022 All Rights Reserved | The Global Center for Nonprofit Excellence® | The Center, LLC